I have been thinking of writing this blog for a while and with it being Mental Health Week I figured now was as good a time as any.

Mental health is becoming an increasingly talked about topic, and rightly so in my opinion. I’m not talking about mental illnesses which are medically diagnosed conditions but your actual mental health.  Which is effectively how you look after yourself and what happens if you ignore it and don’t take care of yourself.

In today’s society especially with the ever present social media there is always an underlying pressure to look and act ok.  When you look at Facebook feeds or Instagram everybody can look better, happier or more successful than you and so if things aren’t ok, more often than not you bottle it up, smile and just get on with it.  But you know what – it’s ok to not be ok! It’s ok not to be happy! Nobody is happy ALL the time! What is important is that you can recognise that you are not ok, admit to yourself that you are not happy and then you can start figuring out why you are not happy, and that is not something that is easy to do!

I speak from experience, for years I was working in a job that I was not happy in, I knew I didn’t enjoy my job but I didn’t know what to do about it.  I couldn’t talk about it, because I didn’t want to appear weak or incapable, because to me by saying that I didn’t like the job was the same as saying I couldn’t do it!  But looking back now, I know I couldn’t, it just wasn’t the right job for me. So why did I stick at it for so long? Because it’s what I thought I had to do, I had a good job, I was progressing and I had bought a house so there were bills to pay. So I just carried on working hard, acting like everything was ok, effectively playing the game, saying the right things and delivering to targets.

But in reality I was far from ok, so much so that I found myself thinking some crazy things, for example I was actually thinking that if I were to crash the car on my way to work, I would have a valid reason not to go in to work!  I mean that’s just not right, it’s no way to be living your life, thinking I would rather be in a car crash than say I was unhappy in my job, and why wasn’t this something I felt i could talk about to someone. Just for the record, I never actually crashed the car, nor was I at anytime suicidal, but this is just an example of what was going on in my head at that time.

Now when you are doing a job that you enjoy it’s easy to stay focused and energised, however when you are struggling you can fall into a downward spiral, which is what happened me.  Because I was struggling in my job, I couldn’t sustain my energy or drive in work, so everything took longer to complete, which meant I spent more time in work had less time for myself, which made me have less energy, which impacted my work and so on and so on.  Now this wasn’t something that happened over night, in fact it happened gradually over a long period of time, which is why at that time it was hard to spot this negative cycle.

I did have one outlet though that helped me cope with the stress and keep going and that was my martial arts training.  I was training 3 nights a week and it was at a pretty intense pace/level, and the harder I trained the more relaxed I was and the more energy I had to keep me going through the week.  I was also introduced to Bikram yoga by my wife and this was another outlet, it was 90 mins of intense heat, focus and concentration during which I could just switch off and forget about work.  Now all this was helping me cope but it was not helping me address the problem, in fact it just allowed me to hide from it even more.

However things changed when I became a father, as now it wasn’t just about me anymore.  Work was still work and I was still struggling but now instead of going training and to yoga nearly every night of the week I wasn’t, because I wanted to be at home with my family.  The only problem was, I knew I needed the release that training gave me. But when I was working all day, and then if I went training, I felt so selfish and was being eaten up by guilt as I was away from my daughter, and my wife was not getting a break at all, and so the training was no longer helping me to relax or cope.  I really didn’t know what to do, and believe it or not the thought of actually talking about it to someone or admitting that I was struggling still didn’t enter my head, as it just wasn’t something that men did!

So I did the only thing I knew how to – ignore it!  I just carried on trying to look and act normal, hiding the cracks that were opening up inside of me.  I even had myself convinced that there must have been something physically wrong with me and so I made doctor appointments and got blood tests etc, all of which came back completely clear.  Because of course there never was anything physically wrong with me, I had just been neglecting my mental health for so long that I was just totally empty. There was nothing left and I was as close to breaking as I had ever been.

When you’ve been like this for so long it’s hard to see how it’s impacting not just yourself but others around you.  I had no empathy left for anyone, I had a such a short temper, I was so grumpy and angry all the time, who knows how my wife put up with me for so long (but I’m so glad she has).  The only thing I was certain of was that I had to get a new career, but how could I afford to walk away from a secure job, good pay and good benefits especially when I had a family to look after and another baby on the way?

The real question was how could I afford not too!  What’s worth more your health and happiness and the happiness of those you love or having a well paid job and living behind a false facade?

Making the decision was easy, but having the courage to follow through with it was hard.  But it time to start taking better care of my mental health and in turn my family, and so I did!  But this meant opening up and starting to talk about how I was feeling, explaining to others my reasons for needing to change and when you’re so used to always bottling up your emotions this wasn’t easy.  But the more you talk about things the easier it is, and the more manageable your problems become.

Although moving to Donegal (as written about in my earlier blogs)  meant I no longer had the opportunity to keep training as I had or go to Bikram yoga, it did present me with other opportunities that replaced them.  Such as climbing, kayaking and hill walking.

With climbing the level of concentration that is required and the emotional roller-coaster that I go through during a climb: doubt, fear, excitement, relief and joy, means there is little room for any other thought giving me a break from any inner turmoil for the duration of the climb.  Then once I get to the top of the climb and know that I have succeeded and beat all those little demons of doubt and fear, a calmness just comes over me and with it happiness and contentment! The same happens when I’m out hiking in the hills around Donegal, being away from everything: social media, noise, traffic even people, it gives me so much time and space to think.  Indeed the amount of self analysing and self reflection I have done in the hills is amazing, it’s not always easy and I didn’t always like what I saw, but the important thing was that I was doing it, becoming more self aware and being able to understand what I needed to do to look after myself and those around me better. Indeed my wife now says that I’m at my most calmest and happiest after I’ve been away climbing or hiking for a day or two, whereas I was only like that before after an intense training session.

I’m not saying that I’m now perfect and that I live in a state of permanent contentment – I still can be grumpy, angry and unreasonable (especially when I’m tired) but at least now I am actually aware when I am like this.  I am more empathetic to others and conscious of how I can affect those around me, but now I can talk about these things with my wife, especially when I am struggling with things.

So if there’s anything you take from what I’ve just shared I hope it is an understanding that it’s quite normal to not be happy all the time, but what’s important is that you don’t bottle it up and ignore your mental health!  Talk about it to someone and let them understand and help, and equally understand that others might need you to help them by just listening without judging them.

Also being active is key, I’m sure you’ve heard the saying “healthy body = healthy mind”. For me this is one of the most important things, getting out and getting active especially in the fresh air of nature is amazing, it re-energises you, clears the head and helps give you the space and time you need to think! 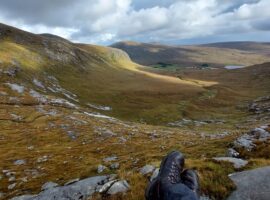 So who needs adventure anyway? 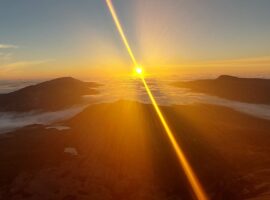 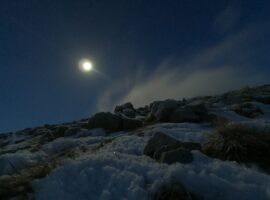 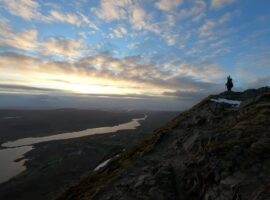